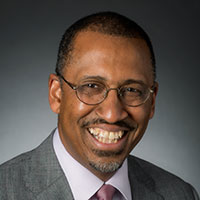 Mr. Avery leads ConocoPhillips Federal government affairs advocacy efforts. He started with the company in 2014 and has been a senior government affairs representative in the oil and gas industry since 2007. From 2007 to 2013 he worked for Marathon Oil Corporation and Marathon Petroleum Corporation. Mr. Avery has worked on a wide range of legislative and regulatory issues including upstream access; environmental regulation; tax; antitrust; employee benefits; petroleum marketing; and labor relations. Before joining the industry, Mr. Avery spent 16 years in government on Capitol Hill and in the Executive Branch. From 2001 to 2007, he worked as Legislative Counsel to Senator Mary L. Landrieu (D-La.), advising the Senator on tax, budget, banking and finance, housing, judiciary, and small business issues. His Capitol Hill experience also includes positions as Legislative Director to Rep. Eleanor Holmes Norton (D-D.C.) and Legislative Assistant to Senator Donald Riegle (D-Mi.). From 1994 to 2001, Mr. Avery served in the Executive Branch. He was Director of Congressional and Intergovernmental Affairs at the Corporation of National Service and held public affairs, speechwriting, and congressional relations positions at the U.S. Department of Justice. From 1993 to 1994, he was a Senior Writer at the Democratic National Committee. A native of Albany, New York, Mr. Avery moved to Washington, D.C. in 1988 to practice law after receiving his Doctor of Jurisprudence from Stanford Law School. He received his Bachelor of Arts degree from Harvard College in 1984.