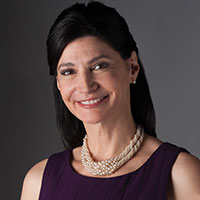 She began her career in education as a school lunch lady, and became Utah’s state Teacher of the Year in 1989 after nine years in the classroom. She also worked with homeless children and gifted children and served as a mentor for student teachers.

Lily is the first Latina to lead the NEA and one of the country’s most influential Hispanic educators. Prior to assuming the top post at NEA, she served two terms each as Vice President and Secretary-Treasurer. She became a vocal critic of the standardized testing movement and raised alarms on the outsize role that testing is playing in public education.

Lily is a sought-after speaker, and she blogs at “Lily’s Blackboard,” bringing a teacher’s voice to topical education issues. She serves as the Vice President of Educational International for the North America and Caribbean Region.