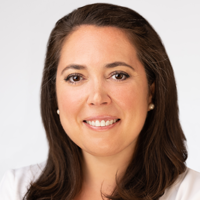 Ms. Panza is a Senior Manager of Public Policy at Amazon, where she is a member of the Political Affairs Team focusing on outreach to the Congressional Hispanic Caucus and Senate Democrats. The core mission of her role is to increase the company’s visibility within Congress by showcasing Amazon’s work in service of Latinx communities. Prior to joining Amazon, Ms. Panza served as Counsel to Senate Majority Leader Charles E. Schumer, where she advised the Leader and the caucus on immigration and domestic violence issues during the administrations of President Trump and President Obama. Ms. Panza began her career on Capitol Hill as a legislative assistant to Senator Barbara Boxer. She holds a J.D. from Georgetown University Law Center and a B.A. from New York University. Originally from Buenos Aires, Argentina, Ms. Panza immigrated to the United States with her family as a child and now lives in Washington, D.C.