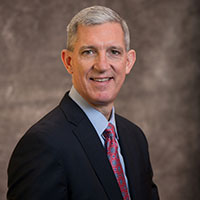 He currently serves as Chairman of the Board for A Wider Circle, a grassroots nonprofit organization dedicated to ending poverty for one individual and one family after another. Mr. Durbin received a BA in Government and Politics from the University of Maryland College Park. He is married and has three children.