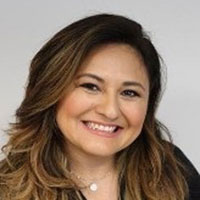 Nancy Rocha has longstanding experience in the financial services including credit analytics, investment banking and investment management. Currently, Ms. Rocha is a Director at Fitch Ratings analyzing and rating tax-supported bond risk. Previous to her current role Ms. Rocha spent a number of years building relationships at the national, state, and local levels engaging stakeholders on issues pertaining to capital access. From foundations, endowments to public pension plans, federal agencies and the U.S. Congress, Ms. Rocha has represented and advocated for programs focused on seeding and expanding investments. Ms. Rocha’s knowledge and experience in this landscape has been invaluable in her previous roles with national organizations active in this arena, as well as the former head of investor relations of a New York private equity fund.

Ms. Rocha started her career as an investment banker at UBS Financial Services in New York in 2001. Thereafter, she served as a Vice President at Cabrera Capital Markets in Chicago and Wells Fargo Brokerage in Texas, where she managed regional markets and serviced public entities and municipalities in structuring and issuing multi-billion dollars of debt instruments in the public markets and direct private placements.

In 2009, Ms. Rocha transitioned into the asset management space and went on to serve as a Senior Director at the New America Alliance, where she managed capital advocacy efforts such as the pension fund initiative – a national public/private cooperative initiative focused on the investment opportunities for emerging asset managers. She engaged and maintained relationships with public and private sector entities at federal and state levels including The U.S. President’s advisors, key congressional leaders, largest U.S. public pensions, and federal agency heads such as the Board Chair of the SEC, FDIC, and the Board of Governors of the Federal Reserve System, respectively.

Ms. Rocha has also held positions in a White House Presidential Advisory Committee, the U.S. Overseas Private Investment Corporation (OPIC) and served as a member of the City of San Antonio Community Development Advisory Board. As part of Ms. Rocha’s graduate studies in global markets, she worked with the United Nations Conference on Trade and Development (UNCTAD) in Geneva, Switzerland. Ms. Rocha also conducted a comparative analysis of the European Union and MERCOSUR whereby she lived and researched in several countries including England, Italy, Argentina, Uruguay, Chile, and Brazil.

Ms. Rocha holds a Master’s degree in Public Administration, with a concentration in Public Finance and international affairs, from Syracuse University’s Maxwell School of Citizenship and Public Affairs.

Ms. Rocha received an undergraduate degree in government and international studies from The University of Notre Dame.