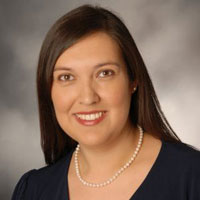 Prior to joining Shell, Ms. Tamez served as Executive Director of the Congressional Hispanic Caucus, responsible for coordinating and implementing strategy and policy initiatives on behalf of the Caucus. She is most proud of leading efforts to expand opportunities for immigrant youth, increasing access to health insurance for Latinos and broadening relationships with the CHC and the business community. From 2004-2008, she was Deputy Chief of Staff and Legislative Director to former Congressman Solomon Ortiz, a senior member of the Texas Delegation and Dean of the CHC. She also previously worked for Congressman Ciro D. Rodriguez of Texas.

Ms. Tamez was born and raised in McAllen, Texas. She is a first-generation college student and received a political science degree from Texas A&M University. She lives in Northern Virginia with her husband Adrian and young children Valentina (3) and Mateo (8 months).