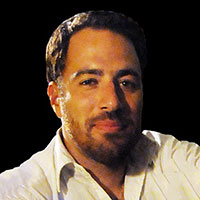 Rafael Navar has served as the National Political Director for the Communication Workers of America (CWA), the largest Telecommunications union in the world, since early 2012. As the only current Latino National Political Director within organized labor, he is committed to building one of the most progressive rank and file led political programs in the country. Rafael began his career working in support of international human and indigenous rights with the National Commission for Democracy in Mexico, coordinating the US portion of an international referendum on indigenous rights. His later experiences as a community organizer with Dolores Mission/Proyecto Pastoral and the Bus Riders Union eventually led him to join SEIU Local 99 as Political Director. While there, he worked to set up the political program that helped navigate the new leadership of the local after coming off of a three-year trusteeship. Rafael dramatically increased fundraising, volunteer recruitment, and community activism, eventually assuming responsibility for SEIU International’s political operations for the entire Western Region. Born and raised in East Los Angeles, Rafael currently resides in Washington DC.