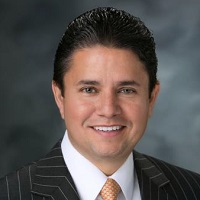 Raul A. Anaya is President of Business Banking at Bank of America for the Greater Los Angeles region. In this capacity, he serves as the enterprise leader for Los Angeles, leading integration of Bank of America’s business lines to ensure delivery of the full breadth and depth of the bank’s global financial services to more individuals and businesses locally. Mr. Anaya also oversees the bank’s corporate and social responsibility activities including philanthropic giving, community development lending and investing, environmental initiatives, diversity efforts, arts and culture projects, and employee volunteerism for the bank’s 8,000 associates that work in the Greater Los Angeles region.

In addition to his responsibilities as market president, Mr. Anaya is the Global Commercial Banking regional executive for the Pacific Southwest region, consisting of California, Nevada, Arizona and Utah. He leads a seasoned team of professionals that deliver commercial and investment banking products and services to companies with annual revenues from $50 million to over $2 billion in
a variety of industries including Technology, Entertainment (Film/TV/Music), Gaming/Casinos, Consumer & Retail, Agriculture, Aerospace & Defense, and Financial Sponsors/Private Equity. Mr. Anaya currently co-chairs Bank of America’s Hispanic-Latino Leadership Council, which consists of the bank’s top 150 most senior Hispanic-Latino bank executives in the United States. The goals of the council are to help develop and advance the bank’s Hispanic-Latino employee base and to help grow the bank’s leading market share position within the Hispanic-Latino markets in the United States. In 2009, Mr. Anaya founded and currently leads Bank of America’s 18-member Latino Leadership team for Greater Los Angeles. This Latino Leadership team was formed to increase the Bank’s brand and market share within the Latino community in Los Angeles.

Mr. Anaya is also a member of Bank of America’s Global Diversity & Inclusion Council, which is chaired by the Bank’s CEO and consists of senior executives from across the company that help drive various diversity initiatives and strategies, and also help foster an inclusive environment within Bank of America.
Mr. Anaya joined the Bank of America team in Houston in 1989 where he served as a group leader for the Houston Commercial Banking
Group. Prior to his current role, he led the commercial banking activities as the Market Executive for the Global Commercial Banking
Groups in Greater Los Angeles, Arizona, and San Antonio and South Texas (1999-2001).
Mr. Anaya grew up in the Rio Grande Valley of South Texas. He earned a Bachelor in Business Administration in Finance from the
University of Texas at Brownsville. He is also a FINRA Registered Principal with Series 7, 24 and 63 securities licenses.
Always active in the business community, Mr. Anaya has served on multiple business and not-for-profit organizations throughout his
career with the Bank. In Los Angeles, he is on the Boards of the AltaMed Foundation (current Vice Chair), The California Science
Center Foundation (Past Chairman of the Board) and The Los Angeles Area Chamber of Commerce (member of Executive Committee).
Mr. Anaya is also an active member of the Los Angeles chapter of Young Presidents Organization (YPO) and the Angeleno chapter of YPO
Gold.