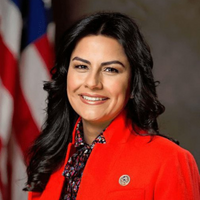 Born in Harbor City and growing up in its surrounding harbor communities, Nanette’s humble beginnings shaped her interest in issues that matter locally: environmental and health justice, immigration reform, strengthening the economy and affordable and accessible education.

As the youngest of eleven children raised by immigrant parents from Mexico, Nanette knows about the challenges that many low-income minority families face firsthand.  Her father, a local tv repairman, instilled in her a strong work ethic and influenced her love for baseball (in particular, for the Los Angeles Dodgers). Her mother, who only completed the third grade, cleaned homes, cared for others and worked in factories to make ends meet. Nanette learned from her parents the values of hard work, and obtained her undergraduate degree from UCLA and her Juris Doctor from USC Gould School of Law.