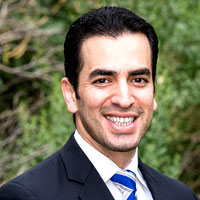 Ruben Kihuen is an American politician from Nevada who is the U.S. Representative for Nevada’s 4th congressional district, serving since 2017. A Democrat, he was previously a member of the Nevada Senate, representing the state’s 10th district in Clark County.

In 2010, Kihuen was elected to the Nevada State Senate after the incumbent was term-limited. He had previously served in the Nevada State Assembly since 2006, when he defeated incumbent Bob McCleary in a primary election. In 2016, he was elected to serve in the House of Representatives. He was sworn in on January 3, 2017, he became the first Hispanic to represent Nevada in the House of Representatives. He is also one of the first two Nevada Hispanics to represent the state in Congress; Senator Catherine Cortez Masto was sworn in the same day.

Kihuen was born in Guadalajara, Jalisco, Mexico and moved to the United States in 1988. Kihuen’s father was a laborer in Orange County, California, before moving to Las Vegas in the 1990s and becoming a middle school science teacher. Kihuen attended Rancho High School and was named the 1997–1998 Nevada “soccer player of the year.” He graduated from the University of Nevada, Las Vegas with a Bachelor of Science degree in education.

First elected to the state assembly in 2006, Kihuen served two terms before successfully running for the state senate in 2010. During the 76th legislative session in 2011 he was the chair of the Senate Select Committee on Economic Growth and Employment. In the 77th legislative session in 2013, he chaired the Senate Standing Committee on Revenue and Economic Development and served as Majority Whip for the Democrats in the Senate.

In September 2011, Kihuen announced his intention to run to represent Nevada’s 1st congressional district but withdrew a month before filing opened in February 2012 allowing former Representative Dina Titus to run without a contested primary.

On March 28, 2015, Kihuen announced he was running for Congress in Nevada’s 4th congressional district, seeking to defeat first-term incumbent Republican Cresent Hardy. Kihuen spoke at the 2016 Democratic National Convention, the only 2016 House recruit to do so.