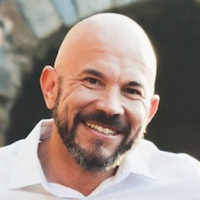 Toney Anaya is a government relations executive with over 20 years of international and domestic leadership experience. Toney is known for identifying and developing talent, over-the-horizon strategic thinking, adaptability, and advancing proactive, solution-driven approaches to corporate issue management. He spent the first part of his career in various government relations roles at The Coca-Cola Company including leading state and local government affairs efforts in Washington DC and preparing Coca-Cola public affairs teams in Latin America and Asia via long-term assignments.

In his current role as Global Head of Government Relations at DoorDash, Toney is building and leading a team of GR professionals in the US, Canada, and Australia.