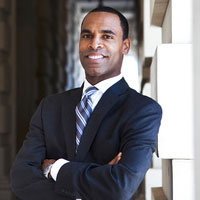 Prior to landing this post, McMillan was founder and managing director of federal government relations firm Capstone Counsel Group. He was also counsel in the public policy and government affairs practice group at Bryan Cave LLP and also vice president for public policy and general counsel at the broadband technology nonprofit One Economy Corporation.

With more than a decade of experience working in and with congressional leadership, Waldo McMillan has broad experience representing Fortune 100 companies, major trade associations, and leading non-profits in complex public policy matters before the United States Congress and the Administration. He also advises U.S. Senators and Governors on important political matters, and frequently provides counsel to political candidates at the federal, state, and local level.

From 2004 to 2007, McMillan served as Counsel for Business Affairs and Strategic Outreach to U.S. Senate Majority Leader Harry Reid of Nevada. He began his career with Senator Reid in 2001 as a Leadership Fellow in the Office of the Senate Majority Whip.

McMillan received his JD from the University of Pennsylvania Law School and his undergraduate degree in Political Science from Howard University. He is a frequent speaker on the topics of public policy and religion, and he has lectured at many institutions including the Fels School of Government at the University of Pennsylvania and the U.S. Chamber of Commerce. McMillan is also actively involved with numerous charitable organizations, including serving as a Trustee of the historic Ford’s Theatre Society and a member of the Washington Jesuit Academy Auxiliary Board. He resides in Maryland with his wife and two children.