In 2018, CHCI introduced the CHCI Young Alumnus Award, created to spotlight the diversity of the growing CHCI Alumni body. This award recognizes a CHCI alum who completed their CHCI leadership program within the past fifteen years and exemplifies dedicated civic engagement and leadership in the Latino Community. 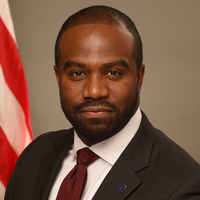 Marvin B. Figueroa serves as the Director of the Office of Intergovernmental and External Affairs (IEA) at the U.S. Department of Health and Human Services (HHS). In this capacity, he is the Secretary of Health and Human Services’ principal adviser on strengthening intergovernmental relationships with state, local, territorial and tribal governments as well as private sector, nonprofit, faith-based, and other external partners to advance the Administration’s health and human services priorities. In addition to leading the IEA staff in Washington, D.C., Director Figueroa oversees ten regional offices representing the Secretary and the Administration at both the state and local levels.

Most recently, Director Figueroa served as Deputy Secretary of Health and Human Resources in the Administration of Governor Ralph S. Northam, 73rd Governor of the Commonwealth of Virginia, where he led the day-to-day operations of the Health and Human Resources (HHR) Secretariat that is comprised of 12 health and social services agencies that collectively touch the lives of close to one-in-four Virginians, employ over 14, 700 individuals, and have a $22 Billion annual operating budget. During the 2020 Virginia General Assembly legislative session, he served as Governor Northam’s Legislative Director, where he built bipartisan coalitions to advance the Governor’s health insurance agenda focused on improving access to quality, affordable health insurance coverage, as well as Medicaid Expansion implementation.

Director Figueroa also worked in the United States Senate as Senior Advisor to Senator Mark R. Warner where he advised the Senator on Medicare, Medicaid, the Affordable Care Act, and other health care issues. From 2015-2017, he co-led the bipartisan Senate Finance Committee Chronic Care Working Group that led to the bipartisan CHRONIC CARE Act of 2017 aimed to improve Medicare services and wrap-around supports for individuals with multiple chronic conditions. The legislation was signed into law in 2018.

Director Figueroa earned his Master’s degree at Harvard and Bachelor’s degree from Vanderbilt University, and is an alum of the Congressional Hispanic Caucus Institute and POSSE Foundation. He is originally from La Ceiba, Honduras (a proud Garifuna), raised in the Bronx, NY, and calls the Commonwealth of Virginia home. 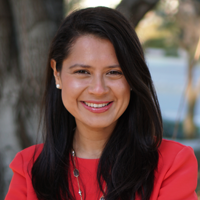 Claudia Flores is the Associate Director for Immigration Policy and Strategy at American Progress. Prior to joining American Progress, she led the immigration policy portfolio for the National Latina Institute for Reproductive Health, where she worked on advancing federal and state legislation to expand health care access for immigrant children and families. She has worked with bipartisan leadership on advancing federal policy relating to matters of immigration enforcement and protections for immigrant youth. Flores has also written extensively on immigrant contributions and the positive impacts of the Deferred Action for Childhood Arrivals (DACA) program. 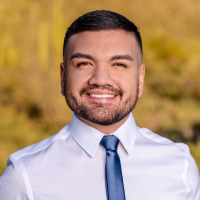 Andrés Cano represents the 3rd legislative district in the Arizona House of Representatives. Raised by a single mom, Andrés, 28, saw a path for advancement in Arizona’s public schools. He is a first-generation college graduate.

In 2012, Andrés accepted a position as a senior aide to Pima County Supervisor Richard Elías in Tucson, Arizona. He became the youngest policy advisor in the County’s history, overseeing the Supervisor’s constituent outreach and neighborhood relations. Six years later, in 2018, Andrés, a Democrat, was elected to the Arizona House of Representatives. Representative Cano sits on the House Committee on Ways & Means, and the House Committee on Natural Resources, Energy, & Water.

Andrés is a 2009 CHCI Scholar and graduate of the 2010 CHCI Congressional Internship Program, where he interned in the United States Senate. In 2019, he completed the Senior Executives in State & Local Government Executive Education Program at the Harvard Kennedy School of Government as a Bohnett Fellow with the LGBTQ Victory Institute. 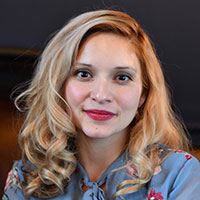 Alma Acosta is a first generation Mexican-American, born in Mexico, and raised in Southern California. She is the Executive Director for the Congressional Hispanic Caucus that is currently 38-members strong. In her role, she is responsible for creating a unified CHC policy platform on issues of relevance to the Hispanic community. She served as the CHC Executive Director in the 115th Congress for Chairwoman Michelle Lujan Grisham (NM-01) and now under Chairman Joaquin Castro’s (TX-20) leadership in the 116th Congress. Prior to becoming the CHC Executive Director, she worked as a senior policy member for Lujan Grisham’s team for numerous years. Acosta originally joined Lujan Grisham’s office in 2013 as a Congressional Hispanic Caucus Institute (CHCI) Graduate Fellow, beginning her work on policy issues that impact the Hispanic community, including immigration, housing, education, agriculture and the environment. She has a B.A. in sociology from the California State University Long Beach and a Master of Urban and Regional Planning from California Polytechnical University Pomona. 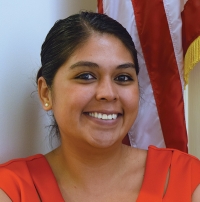 Bertha Alisia Guerrero serves as Chief of Staff to Congressman Jimmy Gomez (D-Los Angeles). In this role, she is the congressman’s principal advisor on a wide range of policy, legislative, and political matters. She is also responsible for the development and implementation of his public policy priorities as a member of the House Oversight and Government Reform Committee and the House Natural Resources Committee. She previously served as Director of Public Engagement for Democrats on the House Natural Resources Committee. In this capacity, she engaged political, media, and key constituencies to build support for a wide range of conservation and environmental legislative priorities. Before returning to Capitol Hill, Bertha Alisia served as Director of National Advocacy at the Hispanic Federation, where she mobilized elected officials, businesses and community leaders, and diverse stakeholders to support Latino nonprofits, improve education, increase access to quality health care, aid immigrant families, and expand economic empowerment and financial security.

Bertha Alisia was born and raised in Santa Ana, California. She received her Bachelor of Arts in Political Science from the University of California Los Angeles. She lives in Washington, D.C. with her dog, Mia.