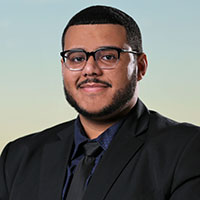 Ramon Cabral is a first generation Dominican-American and a lifelong resident of Bronx, NY. Ramon graduated from Fordham University with a Bachelors in Political Science in 2014. He is currently working on a Masters of Public Administration at John Jay College. Ramon began as an intern for a local New York Assemblywoman. He was chosen as a 2013 Summer Intern with the Congressional Hispanic Caucus Institute in Washington, DC. There, Ramon had the distinct opportunity to work for Congressman Jose E. Serrano. Soon he returned to the Bronx district office of the Congressman as an intern and upon graduation from College was offered the job of Community Liaison. As Community Liaison for Congressman Serrano, he has the task of attending many district events and community board meetings, as well as reaching out to the constituents and giving information about the office and how they can help. In the summer of 2016, Ramon took a leave of absence to work on the 2016 Presidential Campaign out in Iowa as a field organizer. After returning back from the campaign, he was promoted to Deputy District Director in December 2016, where he still works today.