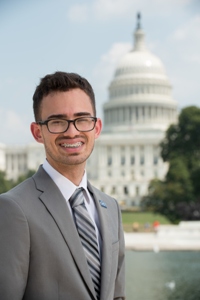 Xavier Lopez is from Miami, FL. Born from a Dominican father and a Cuban mother, his parents and family have had seminal roles in his life and upbringing and drove him to achieve as shining examples of strong human beings overcoming great adversity. During the senior year of high school, his mother divorced from his stepfather, the breadwinner of the family. She informed Xavier that they were being evicted from their place of residency, because she could no longer afford the mortgage. Over the course of that year, he discovered that she had gotten herself into debt attempting to hold onto his childhood home.

One night, he found her crying over a stack of past-due bills.  Xavier and his mother were evicted, and spent a few weeks living out of a motel room. His uncle would eventually take them in, at a monthly rent that his mother could afford. As hard as this experience was, it proved formative for him, and gave him a purpose to succeed where he had none before: he had a family to provide for. For Xavier, his mother is the strongest woman he knows, inspiring him by pushing through such adversity and motivating him to succeed in higher education.

Xavier is currently enrolled in Florida State University, retaining a 4.00 GPA while affiliated with various organizations during his educational career, including a few years spent as a law clerk for a local law firm. At the same time, he worked part time at various retail outlets, providing financial support to his mother for help paying rent. He’s entering an opportunity that will continue to develop his path of personal growth: an internship for a member of Congress in Washington.

As a CHCI intern, Xavier hopes to continue preparing himself for a career in law and public service. His largest professional goal is ultimately to give back something positive to a city that has given him a lifetime of benedictions.  For him, the strength of his mother, and the endurance that he’s inherited from her, help him to carry on.