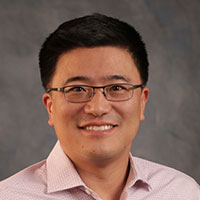 Mr. Moon is an Executive Director of Government Affairs at Amgen. Mr. Moon is responsible for directing Amgen’s advocacy with the House of Representatives, working directly with key Members of Congress and their staff. Mr. Moon provides strategic advice to senior executives on policy matters important to Amgen and works to educate federal stakeholders on the important role Amgen’s products play in improving the lives of patients. Prior to joining Amgen, Mr. Moon spent a decade working in the U.S. House of Representatives. Howard served as a Senior Policy Advisor and Floor Assistant to the Speaker of the House of Representatives Nancy Pelosi. In that capacity, he was responsible for coordinating legislative business and assisting Democratic Members of Congress with parliamentary and policy matters. In addition, he was a Floor Assistant for the former Democratic Whip David Bonior (D-MI) and worked for the late Congressman Robert Matsui (D-CA), former chairman of the Democratic Congressional Campaign Committee (DCCC). Mr. Moon received his Bachelor of Arts degree from Pomona College in Claremont, California, with a major in Politics and Public Policy Analysis.