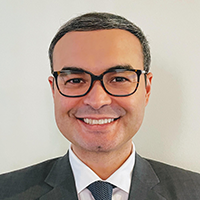 Noel Perez serves as a Director of Government Affairs at General Motors, helping achieve an all-electric future with Zero Crashes, Zero Emissions and Zero Congestion. Prior to joining General Motors, Mr. Perez served as Director of Outreach at the Senate Democratic Steering and Outreach Committee, where he worked with Democratic Senators to build internal and external coalitions to support the legislative agenda of the caucus. Mr. Perez also served then Congressman Xavier Becerra (D-CA) as a Policy Aide and as the Advisor for Member Services and Outreach for the House Democratic Caucus. In addition, he served as the Policy and Program Manager for NALEO Educational Fund, where he advocated to increase the number of qualified and talented staffers of color in Congress.

Mr. Perez is the son to working class Mexican immigrants, originally from the San Francisco Bay Area, and received his B.A. in Political Science from California State University, East Bay.