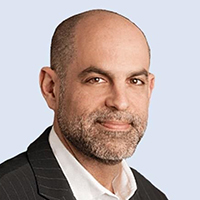 Mr. Raben leads the Raben Group which focuses on public policy since 2002, they work to drive public policy in a humane and sensible direction; to bring diversity and equity to the boardrooms and think tanks and corporations of America; to create a fair judiciary and to influence legislation that will broaden civil rights, reform our criminal justice system, and improve education for all our children. Nearly 30 years of professional experience as an attorney, senior Hill staffer, and Assistant Attorney General have given Mr. Raben a nuanced understanding of both the legal subtleties and the political realities of the issues he handles. In addition, he brings an aggressively bipartisan approach to the firm, built during a highly respected legislative career that began on Representative Barney Frank’s staff and concluded with House Judiciary Committee Chairman Henry Hyde’s endorsement of his Justice Department appointment. Mr. Raben served as counsel to Congressman Barney Frank, Democratic counsel for two Subcommittees of the House Judiciary Committee; first on the Constitution, then on the Courts and Intellectual Property.

In 1999, Mr. Raben reputation and effectiveness caught the attention of the White House, earning him an appointment as Principal Deputy Assistant Attorney General and, subsequently, Assistant Attorney General, Office of Legislative Affairs. After a unanimous confirmation vote by a Republican-controlled Senate, Mr. Raben was charged with overseeing Attorney General Janet Reno’s legislative initiatives and handling extensive Congressional oversight of the department. Mr. Raben serves on the Boards of The Joint Center for Political and Economic Studies, the Unidos Action Fund, and former President Barack Obama’s My Brothers’ Keeper Alliance. Past Board Service includes the American Constitution Society, Alliance for Justice, and the Iraqi Refugee Assistance Project He is a serial NGO entrepreneur, having formed the Hispanics for a Fair Judiciary, the Friends of the Museum of the American Latino, Green 2.0, Committee for a Fair Judiciary, the March on Washington Film Festival, and the Paso’s Graduation ceremony for Latino law students. Mr. Raben is a native of Miami, and a graduate of the Wharton School and the New York University Law School.