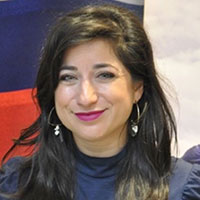 Ms. Fuentes is the Vice President for Government Affairs at Transportation Institute. Ms. Fuentes oversees the group’s efforts to educate stakeholders in Washington, DC, and across the nation on the importance of a strong U.S.- flagged maritime industry. Ms. Fuentes has more than a decade of experience in the maritime industry, most recently serving as staff Vice President of Government & External Affairs with the Navy League of the United States. In this position, she led the revitalization of the association’s legislative affairs program and expanded the Navy League’s presence on Capitol Hill and with maritime stakeholders across the country. Before that, she was Legislative Administrator for ATK, an aerospace and defense company. She was recently honored by the Washington, D.C. chapter of the National Naval Officers Association for her work to promote the goals of NNOA within the Navy League and strengthen the partnership between the two organizations. In her 13 years of service in the maritime and defense industries, Ms. Fuentes has also volunteered her time for national organizations such as the Women in Aerospace as well as serving on the national board of the National Audubon Society. She is a member of the Women’s International Shipping & Trading Association, the National Naval Officers Association of the U.S, and the Hispanic Lobbyists Association. Ms. Fuentes earned her master’s degree in Security Policy Studies from the George Washington University Elliott School of International Affairs and graduated cum laude from Princeton University with a degree in Politics and a certificate in Women & Gender Studies.