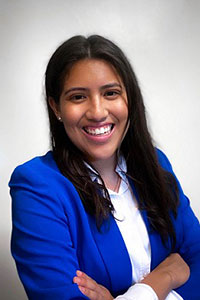 April Lopez was born in New Brunswick, New Jersey. Her mother taught her to focus on school because of its ability to open doors of opportunities or as her mom would put it, “Abrir las Puertas de Oportunidades.” Initially, April started as a business management major, but later came across one of her most captivating and probing courses: marketing. Shortly after that, April stumbled upon the Latino and Caribbean Studies department at her university, where interest in these two subjects developed into her graduating with a double-major.

On her campus, April served as the President and Vice President of UndocuRutgers, an organization that advocates for undocumented students at Rutgers University and within the local community. During her membership, she participated in community organizing, collaborated with other student organizations, and formed part of actions that contributed to passing state legislation such as S699, the N.J. state financial aid bill for undocumented students. April also worked at Rutgers Student Legal Services, where she assisted attorneys at her university who provide students on campus with free legal consultations. She also worked with the Congressional Black Caucus Foundation (CBCF), where she worked as a research policy analyst intern for 2019. Her experience with the CBCF in Washington D.C. led to her continued desire to learn more about public policy in practice.

As a CHCI fellow, April looks forward to learning about policy writing and how grassroots activism transforms into federal legislation.