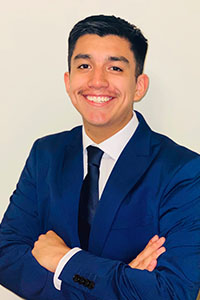 Wilner was born and raised in the low-income area of Marin County, in Northern California. The son of two Guatemalan immigrants who survived the perils of immigrating to this country, he was raised on the values of adversity, resilience, and hard work. He attended underperforming schools before earning a full scholarship to independent high school and always held fast to his dreams of becoming a first-generation college graduate. Growing up in a low-income, immigrant community in the shadows of one of the wealthiest counties in the nation, Wilner learned first-hand how inequity is constructed and perpetuated.

Wanting to uplift his community, Wilner earned admission and full financial scholarship to Emory University where he is a rising senior pursuing a joint major in Mathematics and Political Science as well as a second major in Spanish and Portuguese.

During his time at Emory, he founded Emory’s first Latinx Pre-law Society, an organization focused on providing resources and community to Latinx students pursuing legal careers. He has also served on the executive board of “Behind the Glass” a student-run immigration advocacy club working directly with detained undocumented people. Through his extensive involvement in these two organizations, Wilner has fed his passion for immigrant rights and reform. Upon completing his bachelor’s degree in the coming year, Wilner plans to start law school to become the immigration attorney his community so desperately needs.

As a CHCI Intern, Wilner aspires to gain a better understanding of the legislative process and insight into the full power of the law. He is deeply dedicated to learning from America’s most powerful public servants as they uplift our growing, vibrant Latinx community.