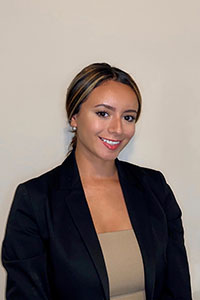 Janet was born and raised in Bangor, a rural town in Southwest, Michigan. Janet is one of seven siblings born to Mexican immigrants, who came to the U.S. in search of a better life. Her parents have solely relied on farm work, specifically blueberries, to sustain her large family. Janet has learned the values of hard work and sacrifice through her first-hand experience, working as a farmworker and immigrant.

With the support of the College Assistance Migrant Program and the Social Science Scholars Program, Janet is currently a rising senior at Michigan State University, double majoring in Social Relations & Policy and Political Science (pre-law), with a minor in Chicano/Latino studies. At Michigan State University, with the immense support of her mentors, Janet founded Civil Rights for Immigrants @ MSU, an organization that strives to educate college students on the importance of state and local politics, and it’s a great impact on immigrants in the Greater Lansing area. Janet is also conducting a research project focused on Undergraduate Latinx Perceptions of the Trump Presidency. Upon completing her undergraduate degree, Janet hopes to obtain a dual J.D./MPP from the University of Michigan Law School. Her ultimate career goal is to start up her own law firm and provide subsidized immigration services. In the future, Janet would also like to run for office.

As a CHCI participant, Janet hopes to expand her knowledge on the legislative processes on Capitol Hill and use it to educate and work alongside her peers at Michigan State University.