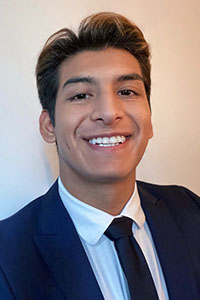 Keven grew up in Ossining, New York, however, he was born in Cali, Colombia. In pursuit of the American dream and the chance of a better life for their children, Keven’s parents decided to immigrate to the U.S. but made sure to never let their children forget their roots. As a result, Keven grew up taking great pride in being a Colombian immigrant and always aimed to honor his parent’s sacrifices.
As a rising sophomore and a first-generation college student at Stanford University, Keven is planning on pursuing a double major in Management Science and Engineering and Political Science. His interest in these two fields arose from his observation of the expanding development of modern technology and its overlooked intersection with politics. He aims to ensure that technological advancements are equitable and accessible regardless of socioeconomic factors.
With the rise of social media platforms but noticing the lack of diverse content-creators, Keven was determined to create a digital space where LGBTQ+ Latinx youth could find and grow pride in their identities. By having a highly visible, supportive, and informative social media presence, Keven has been able to influence and help thousands of people within his digital community. He hopes to continue to grow his platforms to help bring awareness to socio-political issues and current events.
As a CHCI Intern, Keven hopes to build a foundational understanding of politics along with the legislative process to be an instrument of change for the future.