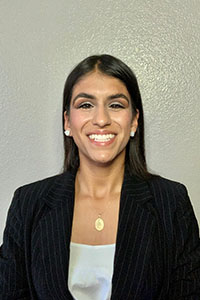 Mariana was born in Jalisco, Mexico in the rural pueblito of Etzatlan and immigrated to the United States with her family when she was two years old. Her family settled down in Santa Maria, California and this agricultural town on the central coast continues to be her home as well as the Latinx community that has influenced her passions deeply.

Mariana is currently a junior at Harvard College joint-concentrating in History and Literature and The Study of Religion with a minor in Ethnicity, Migration, and Rights. Aside from her academic work, Mariana has been involved with her campus’ immigration rights organization “Act on a Dream” for three years where she has worked to advocate and support the immigrant community on campus in a legal, social and communal sense. Upon completing her undergraduate degree, Mariana wants to take a two-year gap period to work in an immigrant non-profit organization before attending law school. Her ultimate career goal is to be an immigration lawyer to help the people in this country.

As a CHCI participant, Mariana desires to learn more about the legislative process, especially around the representational politics of how a whole group’s interests are being acknowledged within the process itself. Additionally, she wants to gain insight into the United States Immigration legal system. Mariana wants to use this opportunity to work on gaining answers on the way her community is represented at the national level and bringing that knowledge back to her community so that they may have a voice in the process.