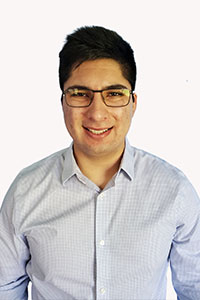 Pedro is from Streamwood, Illinois, a northwest suburb of Chicago. Pedro, whose parents immigrated to the United States from Mexico when they were teenagers, was the first in his family to attend and graduate from high school, and, consequently, the first to attend college. He views the unique opportunity of receiving a post-secondary education as a way to break through to the middle class and to bring pride to his family and community.

Pedro is a rising junior at Middlebury College. He is majoring in Political Science with an emphasis on American politics and political philosophy and is pursuing minors in mathematics and religion. At Middlebury, Pedro is involved with the Alexander Hamilton Forum, the Middlebury Independent, and the AEI Executive Council, all of which strive to increase the diversity of opinions on campus. Upon graduating, Pedro plans to use his education to make a positive impact on communities like his, whether it be through working in the federal government, a non-profit, or a think tank.

As a CHCI participant, Pedro hopes to increase his understanding of American politics through spectating the federal system first-hand. Furthermore, Pedro hopes to make a positive contribution to the local community through volunteering at a religious organization. At the end of the day, Pedro wants to have a stronger direction in regards to his future career prospects.